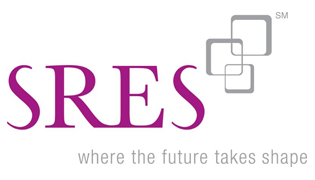 As a REALTOR who works with seniors, I am often asked whether it is better to pay cash for a purchase or finance a portion of the home purchase with a mortgage. This article, taken from the CNBC website speaks to some of the advantages and disadvantages of that scenario. I think one of the most important points in this article is to make your housing plans prior to retirement, while you still have income.

Please contact me directly if you have been thinking of buying or selling your home. My goal is not to make a commission, but to be sure my clients make a sale or purchase decision that is best for their lifestyle and financial goals.

A link to the full article can be found at the bottom of this blog page.


Paying off the house used to be a cause for celebration, but many retirees no longer see it that way.

An increasing number of older Americans prefer to have a mortgage. They may have the means to buy with cash but choose instead to take advantage of prevailing low interest rates and tax breaks, while freeing up their savings for other uses.

Some may wonder if they can still qualify for a home loan without having a full-time job. But more often than not, banks are willing to lend -- as long as you have regular monthly income, like a pension and Social Security, or retirement assets.

''Historically, people would pay off their mortgage in 20 to 30 years and have a mortgage-burning party,'' said Lori A. Trawinski, a senior strategic policy adviser at the AARP's Public Policy Institute. An increasing number of older Americans prefer to have a mortgage on their home. But these days, she said, ''We see that people are carrying mortgage debt at older ages, and it's both the percentage of families carrying the debt and the amount of debt that has increased.''

About 42 percent of households headed by someone age 65 to 74 has home-secured debt, according to the Federal Reserve's 2013 Survey of Consumer Finances, its most recent study. This compares with just 18.5 percent in 1992 and 32 percent in 2004.

These figures are likely to continue rising as the baby boom population ages -- an estimated 10,000 a day turn 65 -- and remains active in the housing market.

Beth Holland and Chuck Queener, who are both semiretired and in their early 70s, chose to finance the recent purchase of a 2,200-square-foot condominium in a 55-plus community in Newtown, Conn., with a 30-year mortgage fixed at 4.25 percent.

''We could have paid cash for the place,'' said Mr. Queener, a graphic designer, ''but our financial adviser suggested that we get a mortgage so we can get a tax deduction, and our money keeps working for us.''

Their investments, which include Individual Retirement Accounts, along with monthly income from Social Security and annuities -- together with their good credit -- helped the couple qualify for a mortgage. However, both Ms. Holland, a yoga instructor, and Mr. Queener found the whole process more arduous than earlier applications they made for mortgages.

Lenders ''look at every penny you got coming in,'' Mr. Queener said. ''It was a strenuous process. Every time we turned around, there was more paperwork to fill out.''

Those who have been out of the mortgage-application process for a while and are now looking to buy a vacation or retirement home might be surprised by all the extra hoops they have to jump through.

The 2008 financial crisis brought about more stringent lending regulations, which have made qualifying for a mortgage more difficult for just about everyone, but especially so for the self-employed with fluctuating earnings and retirees on fixed incomes. Lenders must now adhere to guidelines that include lower debt-to-income ratios.

Older borrowers ''shouldn't be making assumptions based on what happened in the past,'' said Brian Koss, the executive vice president of the Mortgage Network, a lender based in Danvers, Mass. '''Oh, I can get a mortgage anytime -- I have all this money in the bank and great credit.'''

''After the financial crisis,'' he added, ''the regulators rightfully built in ability-to-repay regulations using a spelled-out rule book of how to qualify to ensure monthly payments are made.''

But retirees were also given some latitude. Both Freddie Mac and Fannie Mae, the government-sponsored enterprises that buy mortgages from lenders, have since instituted policy changes that allow eligible retirement assets to be used to qualify under certain conditions.

This is particularly beneficial for people who may be rich in savings but have a reduced monthly income after leaving the work force.

There are other mortgage programs that can help. Fannie Mae offers a mortgage (known as HomeReady) that allows income from non-borrowing household members, like adult children, to be counted.

Lesser-known reverse mortgage purchase plans allow older borrowers to buy a home without having to come up with a down payment (which can be useful for those wanting a vacation home in addition to their primary residence). And veterans can take advantage of attractive loan terms from the Department of Veterans Affairs.

To improve your chances of getting approved for any mortgage, Mr. Koss suggests meeting with a loan officer or financial adviser before retiring.

''It's never too early to begin to ask questions and run scenarios to determine the impact,'' he said. Once you leave, ''you want to make sure you are in the best possible position.''

Tim Beyers, an analyst at American Financing, a mortgage banker based in Aurora, Colo., agreed, adding that older borrowers have to understand how they are seen by a lender.

''The stuff that mattered when you're younger still matters when you're older,'' he said. ''Look at your credit report and credit score, and take a look at all your available income.''

Carole Ferraud, 64, credits good financial advice and years of prudent habits for helping her and her husband, Fay Sanford, 70, recently qualify for a mortgage on a second home, a three-bedroom condo in Rancho Cucamonga, Calif.

The couple, whose main residence is on Camano Island in Washington State, are both retired school administrators; each has a guaranteed pension, while Mr. Sanford also has a military pension. ''I knew we were going to qualify, based on our pensions,'' Ms. Ferraud said. But also, ''Our cars are paid for, and we have no outstanding credit-card debt.''

It's important to remain on the credit grid, even if it means charging a few items each month and quickly paying off the balance. ''People like to retire debt-free, and that's all fine and dandy, but you don't want to avoid credit altogether,'' said Greg McBride, the chief financial analyst for Bankrate, which tracks the lending industry.

''Poor credit, no credit or lack of verifiable income -- all a big problem,'' he added.

And speaking of verifiable income, if you're semiretired and self-employed, you should expect an additional layer of scrutiny in the mortgage application process. So you'll need to keep careful track of income and business expenses.

''If you don't have proof of income or verifiable income, you're going to have a very difficult time qualifying,'' said Mr. McBride, adding that lenders typically want at least two consecutive years of tax returns. ''You may have to make a significant down payment in order to get lenders comfortable.''

This comfort level, Mr. Koss and others say, often starts with a 40 percent down payment. ''At that level, you've given the lender a real margin of safety,'' he said. In return, borrowers are likely to see more attractive loan terms.

Some lenders can be more flexible than others. ''I encourage people to shop at least three lenders,'' said David H. Stevens, the president of the Mortgage Bankers Association, ''and then likewise, ask real estate agents or financial planners, who are good resources for helping a retiree.''

Mark Given, a Coldwell Banker agent in Littleton, N.C., with a seniors real estate specialist designation, said he often points older buyers toward community banks. Unlike the larger national brands, they can offer more flexibility in underwriting guidelines through in-house, or portfolio, loans.

''The smaller banks are a lot more inclined to look at the individual and not just the numbers,'' Mr. Given said. ''They also have a better understanding of the local market and the whole appraisal process.''

Other strategies to consider, mortgage experts say, are downsizing or moving to a place where homes are more affordable.

Rita and John Hunt, both retired, in their early 70s and collecting Social Security and small pensions, chose to do both. They sold their three-bedroom ranch in Riverside, Calif., this year and bought a less expensive, though larger, Tudor-style house in Topeka, Kan., their home state, where they hope to spend the rest of their lives.

They took out a 30-year fixed mortgage at 4.78 percent but made just a 20 percent down payment, even though they could have easily put more money down or paid for most of the new home in cash. The bulk of the proceeds from the California sale, Ms. Hunt said, were used to paint and install flooring in their new house, as well as to pay off debts and bolster savings.