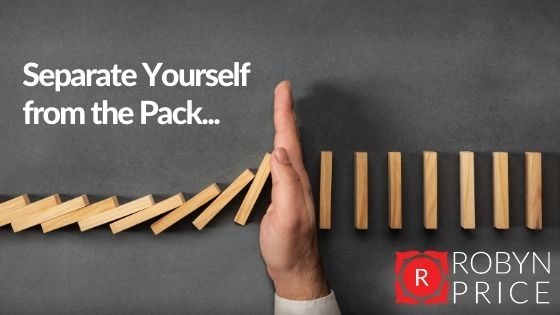 Stories to fuel your mind.
Warren Buffett Says This 1 Simple Habit Separates Successful People From Everyone Else
Hint: It starts with a two-letter word.
Inc.|Marcel Schwantes


Billionaire Warren Buffett, the chairman and CEO of Berkshire Hathaway, is in his late eighties and still capturing the world's attention as the second richest person on the planet (as of this writing).

So, how has he done it? Actually, it's not so much about what he has done as it is what he hasn't done. With all the demands on him every day, Buffett learned a long time ago that the greatest commodity of all is time. He simply mastered the art and practice of setting boundaries for himself.

That's why this Buffett quote remains a powerful life lesson. The mega-mogul said:

The Powerful Meaning Behind Buffett’s Statement

Whether he meant saying no in the investment sense is not so important; what is important is that his advice, in whatever context, can apply to anyone arriving at the crossroads of daily decision-making.

For most ambitious people, we want to accomplish things. We are driven for results, doing more, learning things, getting promoted, and starting new ventures. But we also have our personal lives we can't ignore for optimum balance and happiness. Ambition in this sense can mean taking care of family priorities, expanding our social circles, and pursuing hobbies and other interests.

That's when Buffett's advice is a bull's-eye to our conscience. We have to know what to shoot for to simplify our lives. It means saying no over and over again to the unimportant things flying in our direction every day and remaining focused on saying yes to the few things that truly matter.

Jobs prophetically supported this notion of saying no at an Apple Worldwide Developers Conference in 1997. Here's what he said:

"People think focus means saying yes to the thing you've got to focus on. But that's not what it means at all. It means saying no to the hundred other good ideas that there are. You have to pick carefully. I'm actually as proud of the things we haven't done as the things I have done. Innovation is saying no to 1,000 things."
Like Jobs and Buffett, it's hushing that loud voice in your head when it tempts you with yet another sexy proposition that might steer you off course. You say a resounding NO! when it asks, "Should I take this opportunity? It may never come around again." Sometimes, the best course of action is not taking any action.

Seven Things Successful People Say No To Every Day

Jim Collins, famous author of the mega-bestseller Good to Great, once suggested that instead of to-do lists, we should make "stop-doing" lists. Because in obsessing over to-do lists full of things that don't really matter, we spend less time saying yes to the things that do.

Here are seven things the most successful people say no to on a regular basis. Perhaps you should too?

1. They say no to opportunities and things that don't excite them, speak to their values, or further their mission in life.

2. They say no to superficial networking events in which people swap business cards and never hear from one another. Why? Because successful people don't network. They build relationships.

3. They say no to spending time with uninspiring, critical, or negative people who drag them down. Time is precious -- choose a small circle of people who will energize you and challenge you to be better.

4. They say no to overworking. While it's true some successful people and many entrepreneurs put in 60 to 80 hours per week, very successful people aren't workaholics who neglect self-care and family. They recognize that if they can't take care of themselves, everything else suffers.

5. They say no to doing all the work. This comes down to one word:

6. They say no to giving the steering wheel of life to anyone else. Another Buffett quote affirms this: "You've gotta keep control of your time and you can't unless you say no. You can't let people set your agenda in life."

To set you on the right course, take a coaching lesson from Buffett himself. He once walked his personal pilot through a life-changing exercise in goal-setting that's since become popular in productivity and career circles. It's a simple, three-step process to set boundaries, say no to distractions, and home in on success. It goes like this:

2. Circle the five most important goals that truly speak to you. These are your most urgent goals.

3. Completely eliminate the other 20 goals you have listed. Just cross them off, despite if they hold weight or some level of importance.

Buffett says those 20 goals are lower and not urgent priorities, therefore, any effort invested in them steals away dedicated focus and energy from your five highest-priority goals.

The point is to say no to everything on that list except for what you have declared, in your heart-of-hearts, to be the five most important things. These are what you should put all your effort and focus into achieving. The rest are merely distractions that will get in the way of your reaching your ultimate success.

Marcel Schwantes is the founder and chief human officer of Leadership From the Core.

This article was originally published on January 18, 2018, by Inc., and is republished here with permission.